What happens when below dewpoint cooling is combined with two different water pressures? We started at 85°C then increased the temperature 50% for four successive generations: first to fifth generation chips are respectively 85°C, 127.5°C, 191.25°C, 286.88°C, and 430.31°C. The optimal working temperature of the chip is 70°C.

When using circulating fluid at various temperatures, one must resolve the issues of condensation both on the fluid containment unit and on and around the CPU. Our protection patents resolve condensation by wicking the moisture away from the CPU and motherboard to be evaporated by the heat of the motherboard itself. The second part of the patents is a simple but elegant water barrier protection system, which keeps the electronic components safe from moisture.

We focused on two variables only: flow rate and temperature. Every data center will have its own unique set-up in terms of size, number of server racks, layout, CPU brand, etc.

Based on the requirements given by Dr. H Christian Gunderson (CEO of Advanced Computer Chilling), we need to replace air cooling with water cooling. This has to be achieved by using the simplest model. The following steps are the way in which the goal is achieved.

Let us consider a microprocessor chip to be cooled as shown in Fig. 1. The chip is cooled using fan(s) blown air with air velocity as  at temperature . The length of the chip in the direction of air flow is  and area of top of chip in contact with blowing air is . Depending on the generation of the processor the temperature at which the chip operates is given by . The suffix  is used for chip. 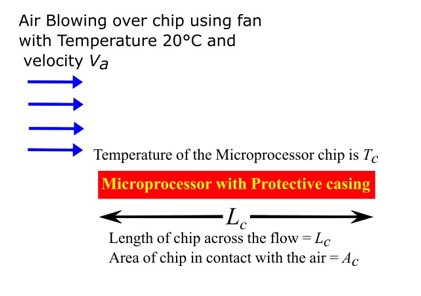 Fig. 1. Cooling of microprocessor chip by air blown over it.

Given data states that  for first to fifth generation chips are respectively , , ,  and . The optimal working temperature of the chip is 70 We assume that the air-cooled chips are operating at the above given temperatures for each generation.

Typically for typical range of CPU fan speeds, the flow of air over chip will be laminar and therefore, the average Nusselt number (average dimensionless heat transfer parameter) can be expressed in the well know correlation as , where  is constant with value 0.664. The flow Reynolds number  and  is the Prandtl number, which for air is about 0.71. Here,  is the density of the fluid,  is the velocity of flow over the microprocessor in m/s and  is the dynamic viscosity of the liquid flowing over the chip. The heat transfer coefficient  may be determined from  using,  where  is the thermal conductivity of the fluid. After determining  from the above relation for air, we can determine the heat carried in watts  away by air at steady state operation for each generation of chips, given by

where,  is the fluid temperature. Using the relation for  in terms of average Nusselt number, considering the flow to be similar to a laminar flat plate boundary layer [1], we get

We may further expand the relation using the expression for  stated above, to get

Using the suffix  to indicate properties with respect to air or air flow, we get, the rate of heat taken away by air under steady state operation as:

Note that in the above equation

Eq. 5, the chip temperature  has been replaced with operating temperature , since we want the chip to operate the chosen optimal temperature of 70. We need to determine the water temperature  and we assume the the chip was cooled using air at 20 in case of Eq. 4. We equate Eqs. 4 and 5 to get an equation for the temperature of water needed, given by: Fig. 2. The inlet temperature of water  in  needed to keep chip of each generation at optimal  as a function of the ratio of air flow speed to the water flow speed. The horizontal axis has been taken in the log scale.

We note from Fig. 2 that the water temperature at inlet to the chip decreases quite slowly with increasing  ratio for lower values of  (). Therefore, the operation of the cooling system should prefer values of . Further, we see that for higher generations of the chips the water inlet temperature reduces quite drastically with increase in  ratio. In order to reduce the chilling requirement of water, the flow rate (velocity) of the water should be increased to keep the chilling cost low. However, the pumping cost will certainly increase when the flow rate of water is increased. The operating cost should consider both these opposing parameters.

To make the choice of water inlet temperature , even simpler, the speed at which fan blows air over the chip is taken at an average speed of approximately  [2]. Typically, to pump water, more energy is required and therefore, we can reduce pumping power by reducing the speed of flow to about  th to  th the average speed of air, which gives the average water flow speed over the chip as  to . Considering, these values, we can tabulate the choice of range of  in the following table:

For any further questions or queries, you may contact me at kaushik.engg@gmail.com or at https://www.linkedin.com/in/p-kaushik-phd-1b04ab145/

We invite you to look at P Kaushik, PhD's calculations and test our conclusions according to your company’s set-up and needs.